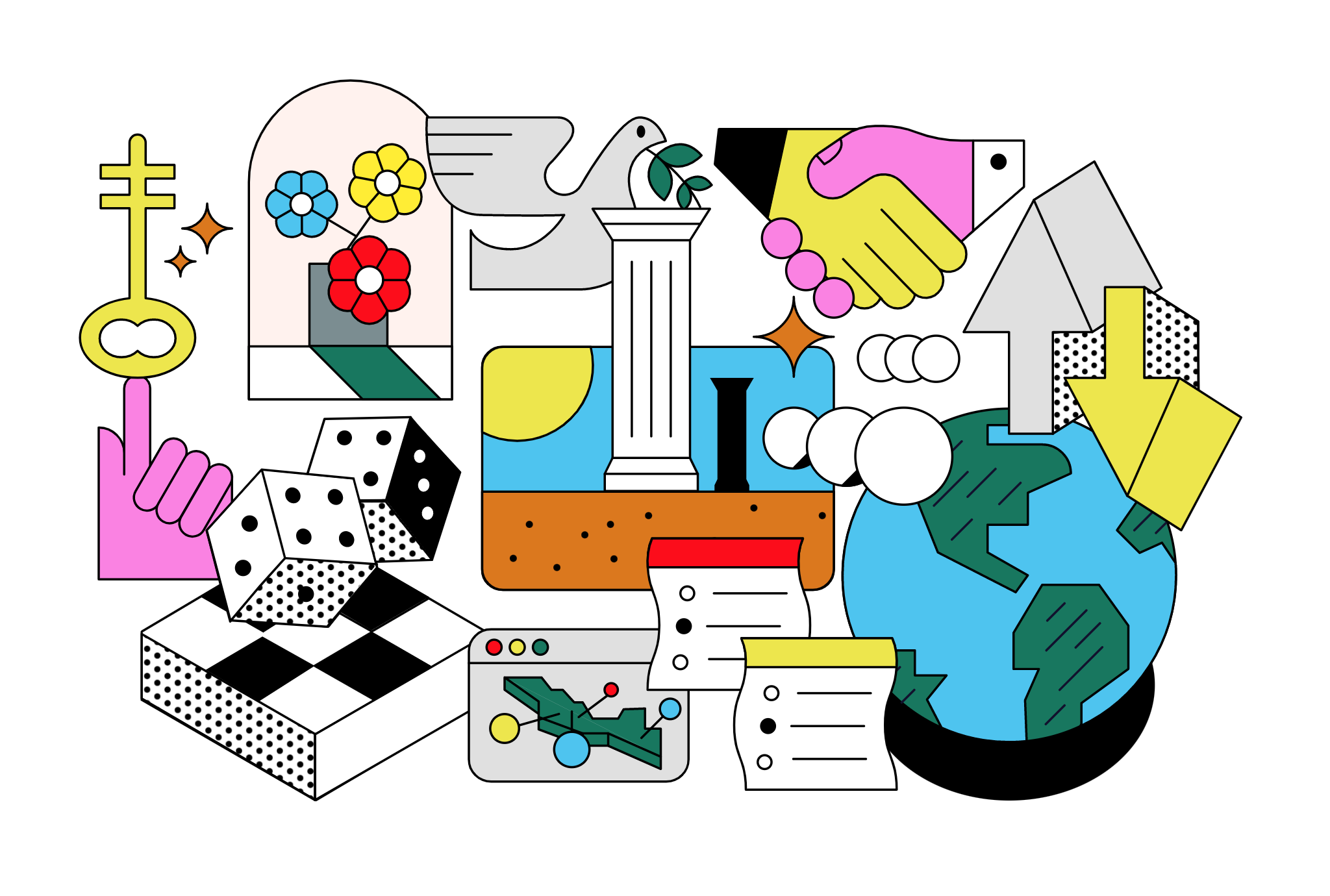 The name of this fictional “self-contained” entity is KLEEN. You could think of KLEEN as an independent country — although, it could also be a state, a province or a region within a country. Coal, oil and gas were discovered in KLEEN around the early 1900s and since then it has been dependent on those energy sources as its principal economy. Truth be told, it had more than prospered from nature’s gift of vast resources of fossil fuels. KLEEN was always considered to have a rich community with excellent hospitals, schools, community facilities and overall low taxes. The name of the community, KLEEN, was a bit strange given the source of its prosperity.

Here are some of its vital statistics prior to “The Change.”

For many years, the economy and the wealth of KLEEN was almost entirely dependent on the energy sector. With each passing year, more and more money had been poured into the sector (note the large annual investments). Try as it might over many decades, it had not been able to shed that dependence largely because of the high standards of living, the high salaries, the relatively low population base and quite frankly, the absence of a strong driving force to change. As the world became more conscious of global warming, people in KLEEN often pondered what would happen if the fossil fuel industry were to collapse. For the most part this was simply idle chatter.

Then, quite suddenly “The Change” occurred. This came about following eighteen months of extreme weather events, costing major western insurance companies and financial institutions well in excess of $1 trillion. The powers that be quickly determined that the use of fossil fuels as an energy source had to be stopped and a very aggressive thirty-six months deadline was established. This was not dissimilar to the conversion of the American and Canadian economies in 1941, in support of the Europe’s war to defeat the Nazis.

What effectively occurred was a worldwide collapse of the fossil fuel industries and a massive reinvestment in alternative energies. KLEEN faced a critical challenge: not only the devastation of its economy, but the competition it would face with the rest of the world in moving to a “new economy.” In the absence of a rescue plan, the economic and social fabric of the region would be devastated. Bankruptcies, home forfeitures, unemployment would be rampant, and the vital statistics would look grim.

Here are what the economic indicators would have looked like 18 months after the collapse assuming there is no mitigation.

These are devastating changes. Without mitigation, KLEEN would have entered bankruptcy and large sections of it would disappear. This would have compared to the disappearance of mining towns in the Western United States in the late 1800s and early 1900s. However, as it were, KLEEN did survive and within a short time, it was even beginning to prosper. A number of smart “white knights” with deep pockets, a good understanding of energy technologies and a strong connection to KLEEN came forward. It didn’t hurt that a central government agency introduced strong incentive programs for communities heavily dependent on fossil fuels (both in their extraction or in their use) in order to transform the economy. The government announced very early on that it would provide matching grants on a dollar-for-dollar basis to companies or individuals who would invest in the development of new industries in these devastated areas. $250B was set aside to be matched by the private sector over 5 years.

As a result, a small group of committed investors, with the help of the government, established a $500 Billion redevelopment fund to create the new KLEEN economy. The fund committed to providing grants up to $20B over 5 years for the timely development of a new economy for KLEEN. For obvious reasons, they chose to invest in the energy sector but in place of oil and gas they chose to develop major assets in solar energy and nuclear power. They hedged their bets and invested roughly half of the funds in each of these new initiatives — new at least for KLEEN. The beauty of these investments was that they were in critical technologies not only for KLEEN but indeed for the whole world.

A total of 10 new plants were built: 4 in the solar energy sector; and 6 in nuclear power. With each new plant, they brought in partners with excellent track records of bringing technologies to the market. This was not unlike the partnerships established years earlier when the oil and gas sectors were being developed with partners such as Shell, Exxon and British Petroleum.

One of the largest solar energy partnerships was established with Elon Musk and The Tesla Corporation given the company’s interests and expertise in both solar energy and new battery technology for energy storage.

A nuclear power partnership was established with Bill Gates (formerly of Microsoft), The Gates Foundation and a company called TerraPower that Gates and his foundation had formed earlier.

Within 18 months, plants producing solar energy equipment were operational and shipping units around the world. Some of the plants were designed to produce small self-contained units for individual homes, while other mega-units were designed for industries and large public areas. In parallel with the solar panel technology, the latest power storage batteries, licensed from Tesla, were also being manufactured locally and shipped internationally. The initial building of these plants employed a total of 30,000 construction workers. When fully implemented, each plant employed 12,000 employees working 7 days a week and three 8 hour shifts per day. The plants were massive; each occupied in excess of 1.2 million square feet. A total of 30 months were needed to go from zero to full capacity. Many lessons were learned from the “tech wizard” Elon Musk and his experience ramping up the production of Tesla cars.

The nuclear power initiative was more difficult to implement, albeit KLEEN and its investors had an advantage. They engaged Bill Gates and his Nuclear Power innovations company TerraPower to give them a major head start. There were major regulatory issues that had to be overcome and the technology was both newer and more complex. Initially, there was public opposition but a powerful and effective education program (not just a one-sided lobbying effort) brought most people onside. After 24 months, two fully functional prototypes were available for testing. The government regulatory process was however arduous — there were still a lot of people, especially in government who were dubious and ultra-cautious. They had all of the “traditional” negative perceptions and prejudices about nuclear energy. Notwithstanding, the new technology proved to be effective and the partnership was able to produce small, efficient and safe reactors for as “little” as $500 Million each. The first 50 were in production and half of them had been shipped before the end of the initial 5-year investment period. Within 5 years, dozens of these “mini-nuclear power plants” were being exported from KLEEN to sites around the world.

The solar energy and the nuclear power initiatives were also thinking about the next generation of products and were spending heavily in the future — 10% of their net revenues were directed towards research. By the fourth year of this initiative, there were 2500 research jobs in the solar energy company and 5000 in the Nuclear Power companies.

Just 60 months after the completion of the first investment initiatives, KLEEN had undergone a major “return of fortune.” Some called the recovery miraculous while others said that it was just smart. Good public policy, a very large infusion of government emergency funding, lots of private sector capital and excellent leadership within both the investment and industrial sectors made all the difference.

The financial picture of KLEEN had improved dramatically.

*During the first 18 months after the collapse of the coal, oil and gas industries, there was a significant migration away from the region. Within 36 months, the outward flow of people and talent had started to reverse.

Just 72 months following “The Change,” KLEEN has returned to its position of prominence in the worldwide energy sector. Its GDP, as well as the GDP of its energy sector, was even greater than it was before “The Change.” KLEEN now contributed 7% of the world’s output of solar energy technologies and 8% of the world’s sales of small efficient nuclear power plants. The long-term future looked good as KLEEN was considered one of the most innovative centres of next-generation energy production in the world. The region’s new industries were clean, innovative and competitive within the global market. The salaries in KLEEN were once again some of the highest in the world.

You may look at these numbers and say that they are much too aggressive or that such turnarounds just don’t occur. This was not a normal time in KLEEN’s history. The world was at war, climate change had become an existential threat and governments began to take a page from Roosevelt’s response to the threats of World War II and the establishment of the War Production Act. Under Roosevelt’s leadership, entire factories were converted from manufacturing washing machines to producing aircraft or military tanks in under a year. In 2023, is required no less effort to wage war on climate change and they made it happen. And so I ask us: what is stopping our countries, states and communities from doing the same?