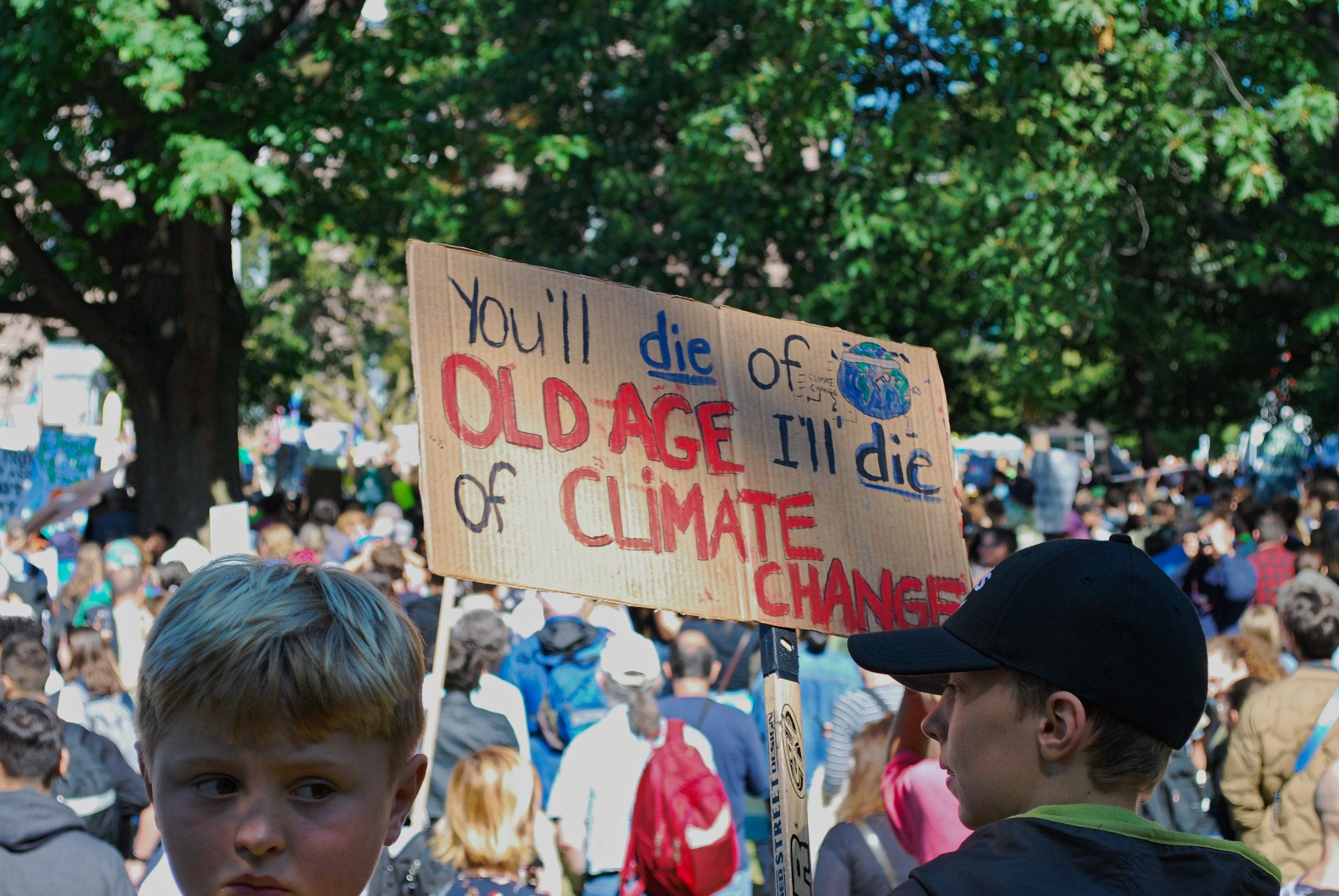 OK, I admit it. I thought the whole idea of Eco-Anxiety was a bit of a joke or really a ploy to bring attention to a cause. I wasn’t downplaying the idea or the severity of our climate change issue but I looked at “Eco-Anxiety” or a somewhat meaningless or overplayed headline.

But then I started paying attention to some of the headlines young people were speaking to and the marches that were being given television coverage and I began to think, these people aren’t just taking some time off from school to march for some cause, they are speaking from their hearts and their souls and they are deeply and truly afraid. There is real anxiety among a lot of young people….and then I began to think that maybe this is what the world really needs, a real push from massive numbers of young people and it might be that thru this “power”, solutions to the current dangers (our houses on fire) of global warming will be found and implemented.

Our Houses are on Fire…….And you’re asking if it’s Real

Mental health professionals are increasingly reporting that they’re seeing really depressed adolescents who claim that Our planet is on fire and there is NOTHING we can do about it”. That certainly would be cause for being severely depressed.

Greta Thunberg, the incredible 16 year old Swedish Environmentalist is garnering amazing strength and support from young people and she is holding us (us old folks…..including you 40 and 50 year old’s) accountable. She gave a mesmerizing speech at the United Nations Conference on Climate Change in New York on Sept. 22, 2019. Google her and watch it on U Tube.

During her “stump speech” she says continuously that “Our House is on Fire”.

When she hears adults keep saying we owe it to the young people to give them hope, she fires back with a fiery stare and says:”

And that’s exactly what the young generation wants, they want us to panic and to act. And we can if we have to and we have to.

The sun delivers enough energy more energy to the earth in an hour than we use in an entire year from burning fossil fuels, using nuclear energy and all renewable energy sources combined. And we have the know-how and the ability to harness some of that energy. What we don’t have in the current climate (no pun intended) in the United States and some other countries of the world is the political will to take action.

So, given the political will what would we do if our house was on fire, which metaphorically it is?

And just before I answer that, think for a moment what President Franklin Roosevelt or Prime Minister Winston Churchill would have said if they were asked if their respective countries, the United States and Great Britain could afford to go to war In Europe in the early 1940s. A few people might have thought it, but their leaders knew better what had to be done.

And what are the consequences…

The pain for the fossil fuel industries would not doubt be immense. But using the analogy presented earlier, think for a minute about the casualties of world war II.

But employment within the renewable energy business would also be immense and governments would without question have to sink large amounts of cash to subsidize it. But with time, and probably less time than we might imagine, those businesses will also turn a profit.

And we will have saved the world or certainly humanity from an impending disaster. And yes call me naïve but there is a whole generation of young people out there who feel that their houses are on fire and they are demanding action and now and to follow on young Thunberg’s quote, “They want us to Panic”. And panic and take immediate action, we must.