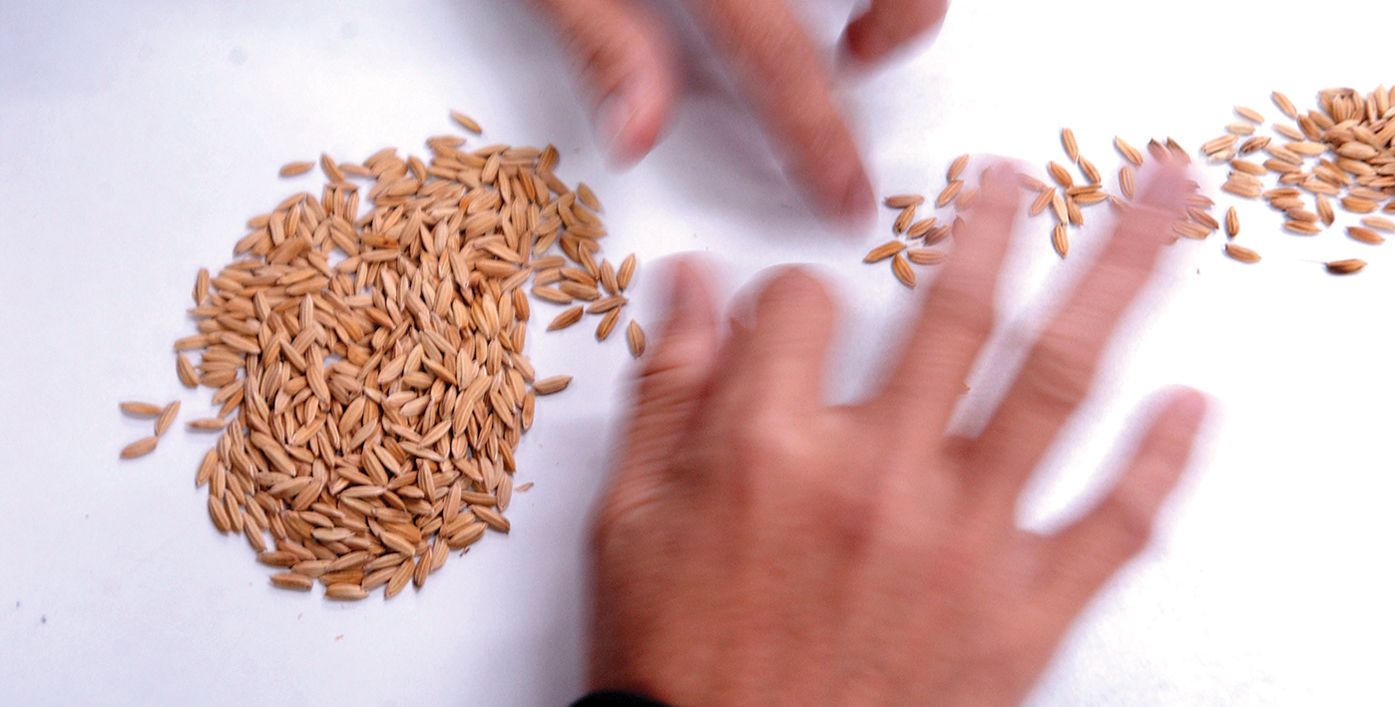 More than 100 Nobel laureates have signed a letter urging Greenpeace to end its opposition to genetically modified organisms (GMOs). The letter asks Greenpeace to cease its efforts to block introduction of a genetically engineered strain of rice that supporters say could reduce Vitamin-A deficiencies causing blindness and death in children in the developing world.

“We urge Greenpeace and its supporters to re-examine the experience of farmers and consumers worldwide with crops and foods improved through biotechnology, recognize the findings of authoritative scientific bodies and regulatory agencies, and abandon their campaign against ‘GMOs’ in general and Golden Rice in particular,” the letter states.

The letter campaign was organized by Richard Roberts, chief scientific officer of New England Biolabs and, with Phillip Sharp, the winner of the 1993 Nobel Prize in physiology or medicine for the discovery of genetic sequences known as introns. The campaign has a website, supportprecisionagriculture.org, that includes a running list of the signatories, and the group plans to hold a news conference Thursday morning at the National Press Club in Washington.

“We’re scientists. We understand the logic of science. It’s easy to see what Greenpeace is doing is damaging and is anti-science,” Roberts told The Washington Post. “Greenpeace initially, and then some of their allies, deliberately went out of their way to scare people. It was a way for them to raise money for their cause.”

Roberts said he endorses many other activities of Greenpeace, and said he hopes the group, after reading the letter, would “admit that this is an issue that they got wrong and focus on the stuff that they do well.”

Greenpeace has not yet responded to requests for comment on the letter. It is hardly the only group that opposes GMOs, but it has a robust global presence, and the laureates in their letter contend that Greenpeace has led the effort to block Golden Rice.

The list of signatories had risen to 107 names by Wednesday morning. Roberts said that, by his count, there are 296 living laureates.

Nobel laureate Randy Schekman, a cell biologist at the University of California at Berkeley, told The Post, “I find it surprising that groups that are very supportive of science when it comes to global climate change, or even, for the most part, in the appreciation of the value of vaccination in preventing human disease, yet can be so dismissive of the general views of scientists when it comes to something as important as the world’s agricultural future.”

Scientific and regulatory agencies around the world have repeatedly and consistently found crops and foods improved through biotechnology to be as safe as, if not safer than those derived from any other method of production. There has never been a single confirmed case of a negative health outcome for humans or animals from their consumption. Their environmental impacts have been shown repeatedly to be less damaging to the environment, and a boon to global biodiversity.

Greenpeace has spearheaded opposition to Golden Rice, which has the potential to reduce or eliminate much of the death and disease caused by a vitamin A deficiency (VAD), which has the greatest impact on the poorest people in Africa and Southeast Asia.

The World Health Organization estimates that 250 million people, suffer from VAD, including 40 percent of the children under five in the developing world. Based on UNICEF statistics, a total of one to two million preventable deaths occur annually as a result of VAD, because it compromises the immune system, putting babies and children at great risk. VAD itself is the leading cause of childhood blindness globally affecting 250,000 – 500,000 children each year. Half die within 12 months of losing their eyesight.

The scientific consensus is that that gene editing in a laboratory is not more hazardous than modifications through traditional breeding, and that engineered plants potentially have environmental or health benefits, such as cutting down on the need for pesticides. A report by the National Academies of Sciences, Engineering and Medicine, released in May, said there is no substantiated evidence that GMO crops have sickened people or harmed the environment, but also cautioned that such crops are relatively new and that it is premature to make broad generalizations, positive or negative, about their safety.

Opponents of GMOs have said these crops may not be safe for human or animal consumption, have not been shown to improve crop yields, have led to excessive use of herbicides and can potentially spread engineered genes beyond the boundaries of farms.

Greenpeace International’s website states that the release of GMOs into the natural world is a form of “genetic pollution.” The site states:

Genetic engineering enables scientists to create plants, animals and micro-organisms by manipulating genes in a way that does not occur naturally.

These genetically modified organisms (GMOs) can spread through nature and interbreed with natural organisms, thereby contaminating non ‘GE’ environments and future generations in an unforeseeable and uncontrollable way.

Virtually all crops and livestock have been genetically engineered in the broadest sense; there are no wild cows, and the cornfields of the United States reflect many centuries of plant modification through traditional breeding. Genetically modified crops started to become common in the mid-1990s; today, most of the corn, soybeans and cotton in the country have been modified to be resistant to insects or tolerant of herbicide, according to government statistics.

Opponents of GMOs have focused a great deal on the economic and social repercussions of the introduction of lab-modified crops. Greenpeace has warned of the corporate domination of the food supply, saying that small farmers will suffer. A Greenpeace spokesman Wednesday referred a reporter to a Greenpeace publication titled “Twenty Years of Failure: Why GM crops have failed to deliver on their promises.”

This debate between mainstream scientists and environmental activists isn’t new, and there is little reason to suspect that the letter signed by the Nobel laureates will persuade GMO opponents to stand down.

But Columbia University’s Martin Chalfie, who shared the 2008 Nobel in chemistry for research on green fluorescent protein, said he thinks laureates can be influential on the GMO issue.

“Is there something special about Nobel laureates? I’m not so sure we’re any more special than other scientists who have looked at the evidence involved, but we have considerably more visibility because of the prize. I think that this behooves us, that when we feel that science is not being listened to, that we speak out.”

Roberts said he has worked on previous campaigns that sought to leverage the influence of Nobel laureates. In 2012, for example, he organized a campaign to persuade Chinese authorities to release from house arrest the human rights activist and Nobel Peace Prize laureate Liu Xiaobo. Roberts said he decided to take on the GMO issue after hearing from scientific colleagues their research was being impeded by anti-GMO activism from Greenpeace and other organizations. He said he has no financial interest in GMO research.